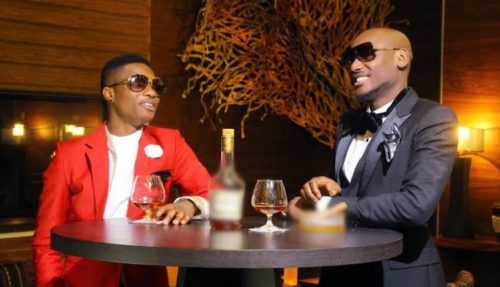 2Baba ft. Wizkid – Opo is what coming up next. My energy is overly charged right and i can’t await to let out some steam. Alright people the last song you checked out on Naijahotstars was titled Niniola – Fantasy ft. Femi Kuti i hope you enjoyed it.

Turn up the microphone, i wanna do some hype. Let’s go, One time, One time, let me see your hands up, lets go eeh eeh 123. Hahaha. 2Baba ft. Wizkid – Opo got me feeling like a hypeman Yo ladies and gentlemen they call me Eblogger Mypaparazzi oh yeah, i was just kidding that was what i was used to be called back then but right now i’ve kinda like re-branded to a new identity.

Reader truth be told, the new name is really sounding funny to the hearing but aaaah! i don’t like when you call it to my face. I feel somehow uncomfortable, it’s not like i’m not happy with the new name.

Honestly i’m totally excited and proud of it but i love it more when it’s being pen on paper like when you spell it. You’re free to go with whatever name you want but if you do want to help me avoid that awkwardness just call me Eblogger, don’t call me Yeye Blogger i feel like a yeye boy hahaha!

Right about now, i feel triggered about this song because having 2face and Wizkid together on this track titled “Opo” dammmmn can you visualize that, can you taste it? No don’t imagine, don’t feel it, just taste it! how does it taste like LOL that’s what i’m talking about.
So guys Wizkid and 2baba, oh no let me have 2face come first because he featured Wizzy. So out of the blue, they came together to deliver this fantastic jam and nobody saw that coming. Do you know what? my hunch is telling me right now that this song 2Baba ft. Wizkid – Opo is off the warrior album project which was released obviously not quite long, but not to worry as time  goes on i’ll reveal that information to you.

So the 2baba Album Warrior so far is already gaining mad love online and massive engagement. Though there are speculations and controversies that Davido loses big as he was totally left out from being included on the album. But does it really matter, you know most folks enjoys sticking their nose into other people’s business. 2face might have his reasons best known to him for not having davido jump on one of the songs on 2baba latest album warrior but that doesn’t mean that 2baba won’t be working with Davido on a future project.

I recalled back then when the DMW Boss was being secluded from a host of other artiste including Wizkid that got featured on Beyonce’s Album titled the The Lion King. And some online troll had to drag the superstar artiste davido for missing out. But at some point he release a project with Chris Brown titled “Blow My Mind” which he had earlier announced, and when the project was finnaly out BOOM!!! everywhere was literally on fire No Kidding.

And right now he is being faced with the same scenario again. But if history would be kind enough to repeat itself, the latter would definitely shut some open mouths. And who knows 2baba might have something big and massive coming up with davido and we are patiently waiting for that to come soon.

HyperDigital boss, 2Baba releases a new track with Wizkid titled “Opo“. Our very own Living Music Legend and Starboy joins force together once again to bless our speakers and playlist with another impressive tune.

“Opo” means plenty, the legendary singers talks about an Endowed lady. The song is a feel good jam with lovely vibe, melody and catchy lyrics. This definitely will be fans’ favourite.

Cop below and Enjoy!!!

Oxlade ft Melvitto – Wait For You