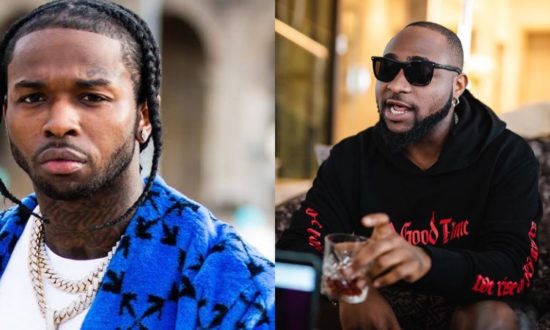 Davido has expressed severe pain and heart break over the death of Pop Smoke after the rapper was murdered in his home today.

36ng reported earlier that Pop Smoke was shot and killed in what TMZ reports was a home invasion robbery. The 20-year-old rapper was apparently murdered in his Hollywood Hills home earlier today at 04:30 AM.

Details of the robbery are still unclear, but according to the report two men in hoodies and masks broke into “a house,” fired multiple shots, and fled on foot. Pop Smoke was rushed to hospital by ambulance where he was reportedly pronounced dead.

Expressing shock and sadness over the sudden death of Pop Smoke, Davido wrote on IG; 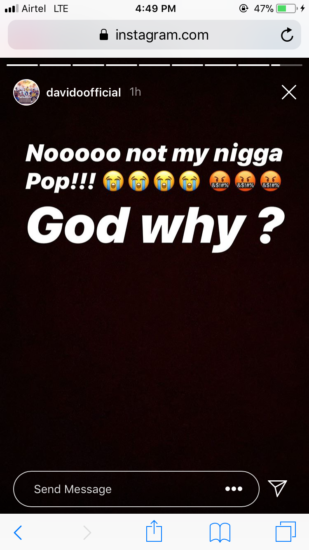