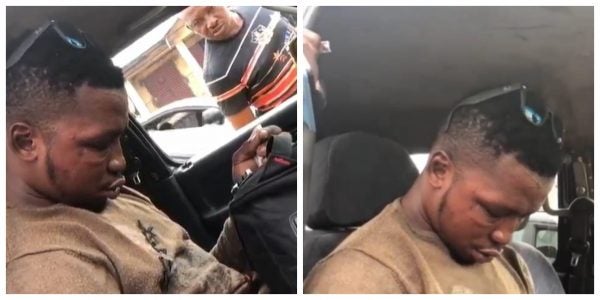 A passenger sleeping has caused panic in a driver and other passersby after he refused to wake up even after getting to his last bus stop in Lagos.

Reports have it that the incident happened at the Iyana Ipaja area of the state.

Passengers and driver of the commercial bus tried waking the said guy with multiple taps and slaps, all to no avail.

“Na sleep be this”, a concerned passerby could be heard in the video.

“Put your hands in his nose first”, another concerned passenger told the driver. 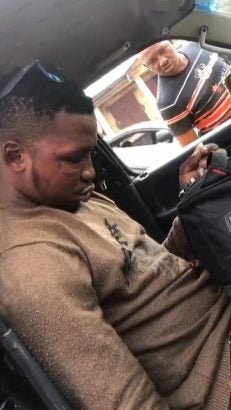 This apparently, caused a mild panic at the bus-stop until someone came with water, which woke him up.

“Oga, which kain sleep you come sleep”, a passerby inquired after he ‘came back to life’.

Yeye blogger - April 9, 2020 0
Halima Abubakar has reacted to the backlash she has received after an American lady called her out for using her photo to announce the...