Is Tonto Dikeh Married Again? See What She Said As She Celebrates 6 Million Instagram Followers

Popular Nollywood actress, Tonto Dikeh is currently in the mood to celebrate as she is buzzing on having a huge number of 6 million followers on popular photo and video sharing platform, Instagram and due to what she said she might have gotten married again.

The mother of one took to the platform to share three different videos to celebrate this new feat she just achieved.

In the video, she was seen putting on a nice white dress while she looked all glammed up for an event, she was seen in a joyous mood while ‘Joro’ the smash hit song by popular Nigerian music artiste, Wizkid was playing underneath.

But away from the fact that she was celebrating that feat, the caption she used for each video she shared spoke volume.

The controversial actress took to the platform to reveal in one of the posts that she is someone’s wife.

And as records have it, she divorced Olakunle Churchill and we have no idea if she has another husband now, but her caption to her new Instagram suggests that.

In the caption she wrote: 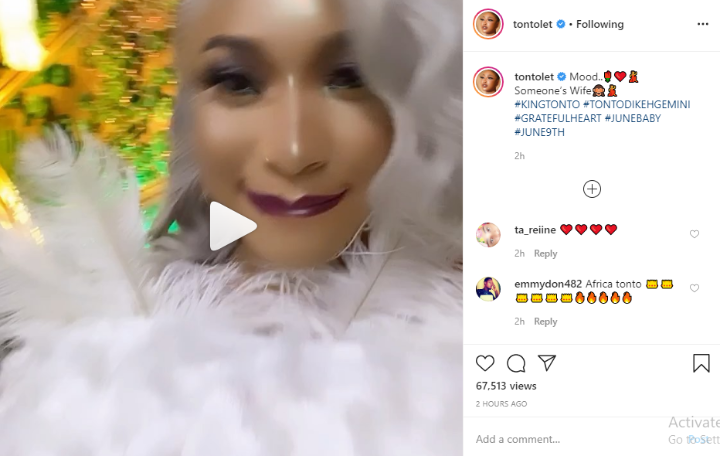 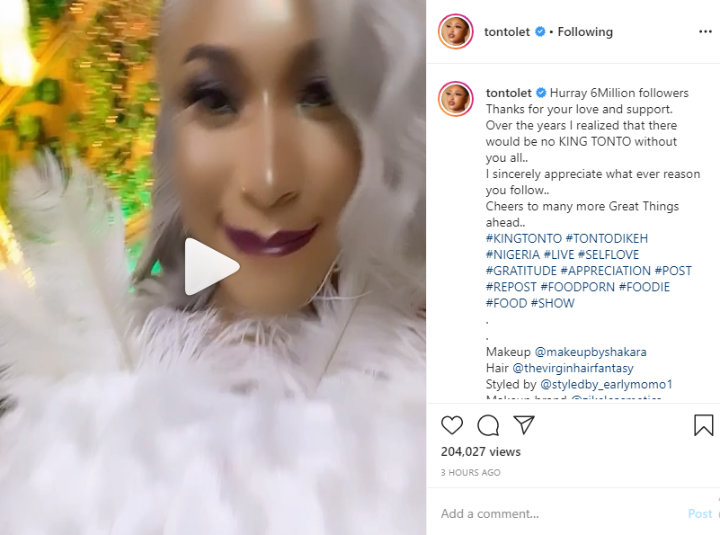 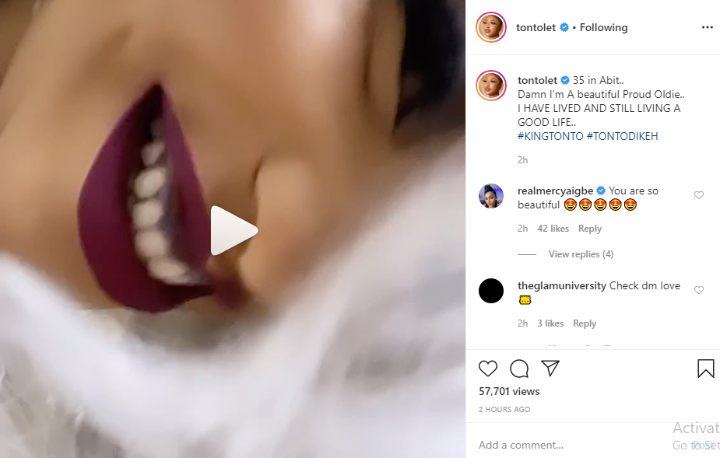 Maybe she is married again or she is just catching cruise with that.. time woud tell.

People Are Also Checking Out:

Previous article‘Leave Me Alone’ – Tacha Cries Out As Mercy Eke Fans Destroy Her Buisness Page On Instagram (Photos)
Next articleOtedola’s Daughter, Tolani Takes To The Streets Of London To Protest Against Racism

WHAT DO YOU THINK??? Cancel reply

“Bring your mama and sisters if you doubt” – Mompha to those calling him...

I’m coming for her with full force – Bobrisky vows to deal with Tonto...

“I am not responsible for Oye Kyme’s pregnancy, it was a business deal” –...