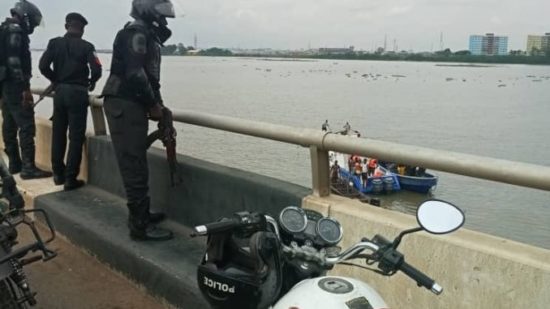 A yet-to-be-identified man has jumped into the Third Mainland lagoon in Lagos on Saturday for unknown reasons.

Nosa Okunbor, the spokesperson of the Lagos State Emergency Management Agency (LASEMA), who confirmed the incident, said a rescue team has been sent to the scene in order to rescue the victim.

According to him, the man had come down from a car believed to be for one of the car hailing companies and took the decision around 11am.

“The guy boarded Uber from #Gbagada and when they got to the Third Mainland Bridge, he told the driver that he had stomach upset and that he needed to relieve himself.

CHECK THIS OUT  “My Career Is Dying”, Vector Cries Out

So when the driver parked, he got down from the vehicle, abandoned his belongings and jumped into the water. The incident happened around 11 am and our team has responded but I can’t confirm if he would be rescued alive or dead,” Nosa Okunbor revealed.