Before Nina Ivy tied the knot, there were a series of speculations about the wedding. The young lady had announced that she is a soon-to-be Mrs and some Nigerians could not believe it, which led to people asking questions about her husband-to-be.

After her traditional wedding, which took place on Saturday, February 15, the former reality took to social media to flaunt her wedding photos. She also noted that her new name is Mrs A.

The newlywed shared a new post directed at those who doubted her engagement on the popular micro-blogging platform, Twitter. Nina Ivy noted that those who were searching for her husband will never see him..

In the tweet, she stated that they have been working overtime to find him and they never will. She added that her traditional wedding day was the best day of her life. 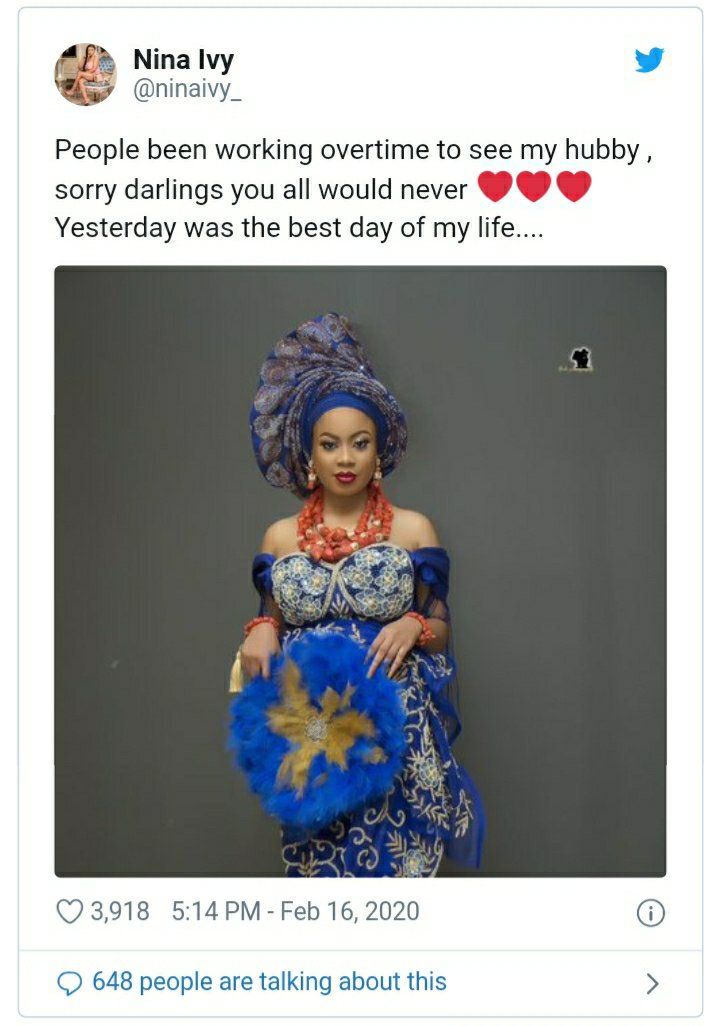