Home Entertainment Celebrity News One Day I Will Be The Richest Actress In Nollywood, Ruth Kadiri...

Nollywood Actress, Ruth Kadiri Ezerika has posted a bold message on her Instagram story. She declared that she hopes to become the richest actress in the Nollywood industry.

The Nollywood screen diva had a wonderful 2019 as she welcomed her daughter in Sweden. She appears set for even bigger goals in 2020.

The actress is one of only few Nollywood actresses to have featured in over 50 movies after making her debut in Boy’s Cot where she starred alongside Nonso Diobi, Uche Jombo, Jim Iyke and Mike Ezuruonye.

“Someday, I Ruth Kadiri Ezerika will be the richest actress in Nollywood.” 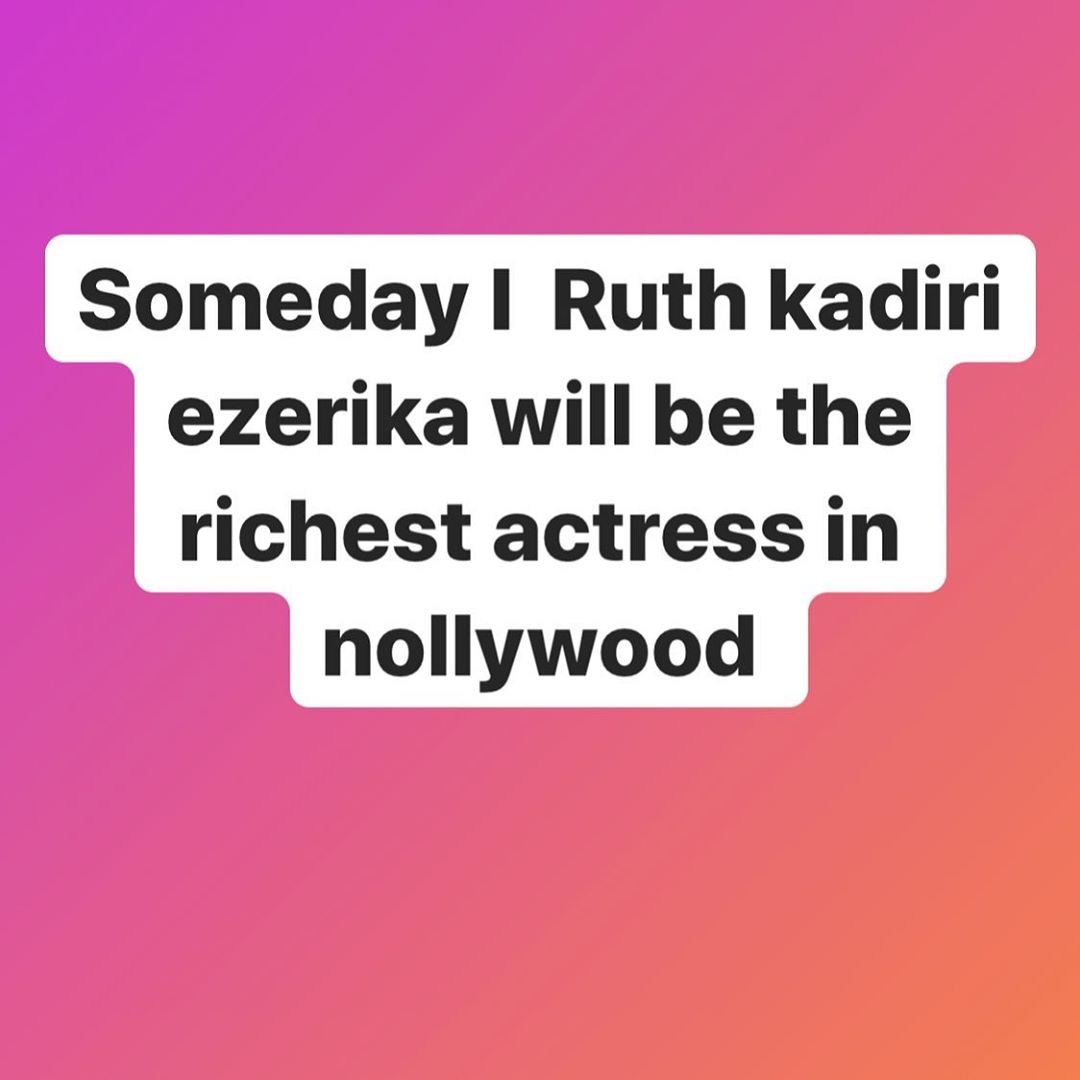 In other news, Nollywood fine boy Bolanle Ninalowo recently took to his social media page to dedicate a house to his lovely wife by gifting it to her.

“They said it, and they did it. I was promised a house within a year of being the company’s brand ambassador and here we are 9months later and am giving this one to @queennino_b straight up.”