Search for an article

Nigerians have began reacting to the death of a popular Nigerian video vixen, Picture Kodak saying they need an autopsy on her death because they don’t believe the reports that she was electrocuted.

While her family or management has not disclosed the cause of death, there are speculations that the talented artist was electrocuted while charging her phone at Omole Estate, Lagos, home of popular video director, Clarence Peters after she was rushed to a local hospital she was confirmed dead.

Many celebrities and other social media users who know her have started paying tribute to her; rapper, Olamide, popular dancer, Poco Lee and Blaqbonez and singer Simi have all expressed their shock at the sad news.

See some reactions below:

KODAK I still hope and pray you wake up in the morning and we move on like nothing happened. Never met you but 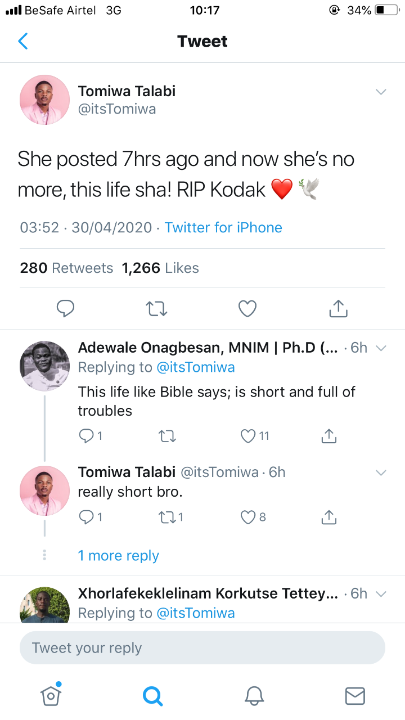 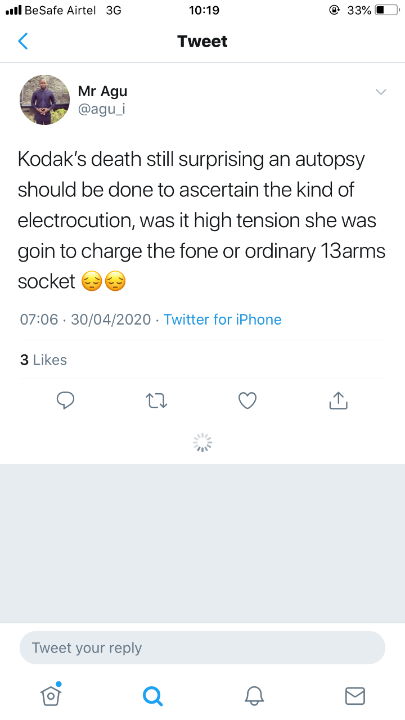 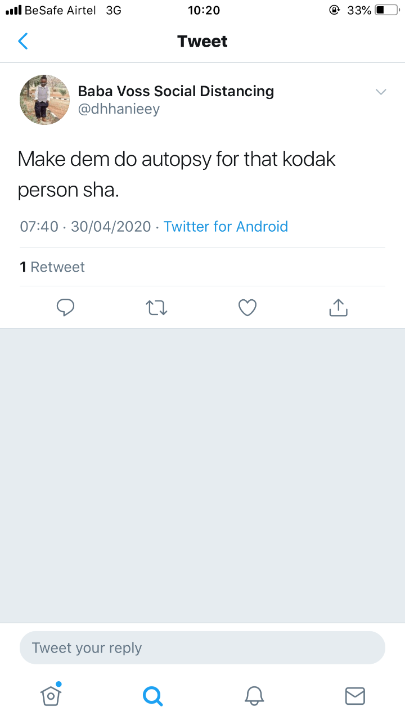 Kodak during her lifetime was known to have worked with series of music artists and also featured as one of the dancers in the video of Olamide’s hit song, ‘Wo’.

Offset gets dragged into Cardi B and Akbar V beef that lasted the entire...
Mixtapes

DJ Maff is out with a banging mixtape titled “Azaman Mix”. The dopest mixtape you will...
Celebrity News

“He takes care of my soul” – Toyin Lawani gushes over hubby, Segun Wealth

Ace Nigerian fashion mogul and businesswoman, Toyin Lawani has shared a post, where she...
NaijaHotStars