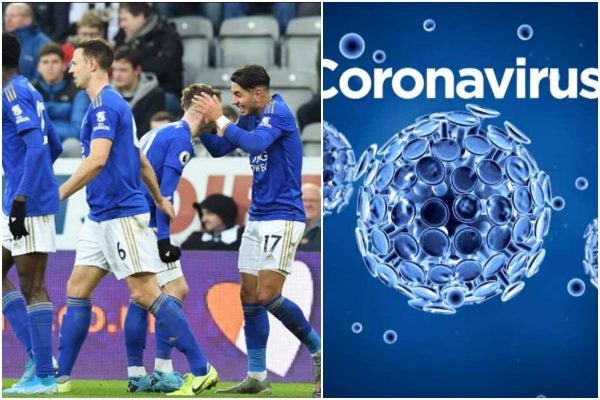 Three Leicester City players have been isolated from the rest of the squad after displaying flu-like symptoms.

This was made known in a club statement which revealed that the players were suffering from common seasonal illness, but have taken the precautions recommended by the government against coronavirus

“We’ve had a few players that have shown symptoms and signs [of coronavirus]. We’ve followed procedures and [as a precaution] they have been kept away from the squad.”

A statement from the club later clarified Rodgers’ remarks.

“In recent days, all three players presented with extremely mild illness and were advised by club medical staff, consistent with current government guidance, to stay home and contact the NHS 111 service.

“All three players were subsequently advised by NHS 111 that their symptoms were consistent with common seasonal illness and that a seven-day period of self-isolation was appropriate as a precaution. There was no recommendation that further testing would be necessary. The club is in regular contact with the relevant players, whose symptoms remain mild and self-manageable.”

CHECK THIS OUT  Minister Backs Police Games, Says It Will Produce Talents

DJ Cuppy does the #ToiletPaperChallenge; shows off amazing skills (Video)